With a family farming background, Steve’s career has always been associated with farming and agriculture. From school, Steve completed an apprenticeship with a local machinery dealer then spent a number of years working on a dairy farm in the Middle East. On returning to the UK, Steve took a machinery sales position with Hamblys Ltd, a South West family run farm machinery business, progressing to sales manager then sales director for the company in 2009.

Hamblys take great pleasure in supporting local farming events, charities and the YFC, but in particular The Truro Primestock Show.

Steve says: “With the show’s unique location in Truro City centre, it’s a pleasure to be part of this popular and well organised event.”

Being brought up on The Roseland, Steve has always loved the country side and coastal views, and in his opinion there is nothing better than on a sunny day exploring our Cornish coastal paths.  One day he hopes to make it all the way around!

Malcolm was born and raised on the family farm at Summercourt which he continues to run to this day with his wife Margaret.  Since ceasing milk production 5 years ago, they have focussed on their beef enterprise.  He has been Chairman, Leader and President of St Columb Young Farmers’ Club.  He was previously Chairman of the Truro Primestock Show in 2008, and has been on the committee for over 20 years.

Tanya is now well established as Show Secretary having served on the Committee for several years. She is a local farmer’s wife with two children and she and her husband run a dairy and arable farm at Tresillian Near Truro. She is a Parish Councillor for St Michael Penkivel.

Adrian is a senior Agricultural Manager with Lloyds Bank based in Truro. Adrian comes from a well known Newquay farming family noted for their prize winning South Devon Cattle. The Rundle family has been highly successful at shows both locally and nationally and Adrian regularly accompanies his father Roger to the shows where he assists in showing the cattle.

Hon. Life Members – The Society has been proud to make the following former members and committee members Honorary Life Members for their exceptional hard work for the Truro Christmas Primestock & Produce Society over many years:- 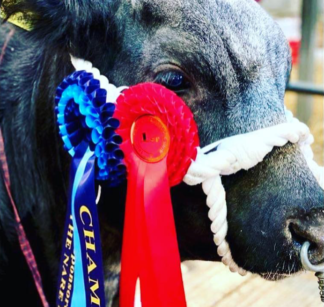